Week 10 Game of the Week

This year Game of the Week will be decided upon by IM Greg Shahade and NM Arun Sharma together. First place each week will receive a $200 bonus prize ($150 going to the winner of the game, $50 to the loser), second place $75, and third place $50 (both second and third going entirely to the winner). 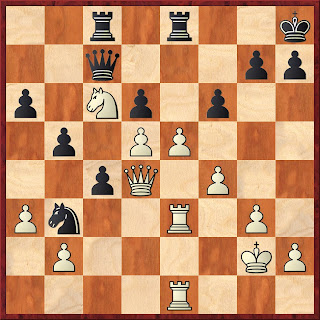 With 31. Qa7!, GM Shulman converted his middlegame edge into an endgame edge that he skillfully converted.

Not the usual slug-fest that we typically favor for GOTW, but just a nice, strong game by GM Shulman, establishing a small edge and just converting it smoothly, winning in clean fashion without any obvious errors by his opponent. 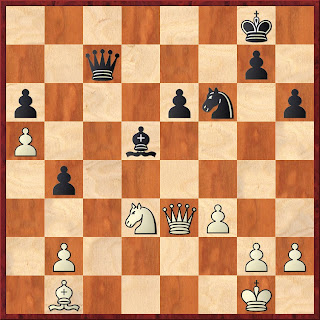 With 40. Qc5!, IM Hungaski compelled a trade of Queens, after which he made good use of Black's numerous Pawn weaknesses to score a smooth win.

Another nice grind by the victor with IM Hungaski likewise establishing a small edge and transposing it to an endgame edge which he also converted nicely, taking good advantage of Black's weak Pawns. 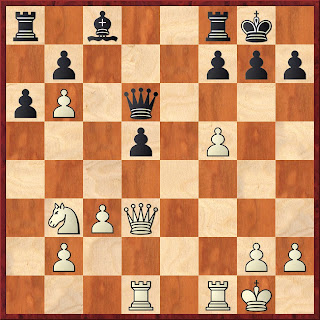 Another fairly dominating win by NM Fisher, seeming to be in control the whole game. From establishing the Pawn on b6 to then shattering Black's Kingside Pawns and thereby achieving a very strong endgame which he converted in nice fashion, just a strong performance by him throughout.

Congratulations to Shulman and Molner, but I'd also like to say congratulations to WGM Tatev Abrahamyan for the upset of the week, and on a personal level for having such an outstanding year. I feel as if she really made a mark in the uscl for women by continually beating extremely talented players in a male dominated league without being boastful or making excuses. She is a shining example of a true chess player and a wonderful role model for all women in chess and as modest as she is she should be acknowledged for it.

Given the vitriol that fuels the passions in this league, the hatred, the rivalries, and the general verbal fisticuffs.... what's the plan for this year's Game of the Year judging?

This year's GOTY will work same way as it has in past few years - panel of five judges. Other than the panel likely being different (as it is every year), no other changes are planned.

I'm making an early prediction that Julio Becerra vs Joaquin Banawa wins it all.

I'm also keeping my fingers crossed that they add Cristian Chirila vs GM Josh Friedel and the Sam Shankland vs Jorge Sammour-Hasbun games, they were fun to watch and examine.